You may have seen this picture by now, floating around on every social platform there is… This picture is the beginning of the story I’m about to share with you.

It was a few months ago that I was visiting my parents in El Paso, TX that I ran into this dental office. SEO runs in my veins, so it’s common for me to look around to see what other businesses are in every shopping center. However, I never thought I would see a business go as far as adding the words “near me” to their business name.

I snapped this picture to share it with my closes 2 SEO friends; we had a good laugh. A few days later, I hosted a Global SEO training on 2022 ranking factors and I added this picture to my deck… People were cracking up!

I decided to post this on LinkedIn. I considered this picture to be funny but kind of “geeky”, but still went for it. This was my original post:

“Talk about Google Maps hack! I was recently in El Paso, TX, and ran into this while picking up my food order… And yes, they are ranking at the top of results on Google Maps in the area!

Come on, I’m an SEO, of course, I was gonna take a picture!

Having the main keyword in your name often helps with rankings… But if it’s not part of the legal name, then I wouldn’t suggest doing it. There can be penalties coming from Google if they find this to be just a ranking tactic and not accurate legal name.“

This post went live on Thursday morning, and I forgot about it… I never expected more than 10 likes, to be quite honest. This was a simple photo to use in my SEO training decks. At the time of this writing, the post sits at near 30,000 impressions, 369 likes, 58 comments, and 27 shares. However, the picture itself went viral!

That’s right… My geeky photo went viral! People were liking, commenting, and sharing the post… The picture made it back to me from friends who were sending me messages, slacks, and DMs asking if that was my photo.

The SEO community went wild sharing this picture everywhere and wondering if this was real or just a photoshopped picture.

But is it a Good Idea to Add “Near Me” Keywords?

I know my original post covered the fact that is not technically spam because it’s done in a way that follows Google’s guidelines. But this still feels like a short-term hack to rank in the nearby area.

I think our goal as SEOs and marketers in general, is to build long-term brands from a strategic angle. We shouldn’t be looking for short-term hacks that may appear good now, but leave you at risk of future Google updates. Google updates its algorithm hundreds of times per year, trying to raise the bar for quality and strategy over quick map hacks. I wouldn’t be surprised if a new local update gets released that prohibits or penalizes “Near me” words on Google profile names… And that would be the end of your positioning! What would be left for your business?

I highly believe and agree with many comments I read online. Our goal as SEOs is to build a brand for the long run. Be creative with your name, yes, but work towards a long-term positioning that is not at risk of getting penalized.

What Does Google Think?

John Mueller, Google also commented on this practice on Twitter:

I’ll continue to document and update this page as the momentum continues… Stay tuned. 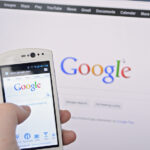 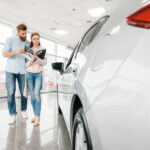 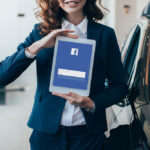 Is It Worth Doing Digital Marketing for Auto Dealers? 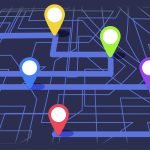 Top auto brands we work with:

Need customers? We can help!